From Köln, I went to Dortmund to get a sleep train. just stayed there for 6 hours.
had a cappuccino first!! anyway! and walked around in Dortmund ^^ then I ate beef steak 😀

after dinner,
I went back to the station to take a sleep train  around midnight. on the platform, I met a Japanese guy who I I have seen when I was taking a train from Köln!!  haha I tried to talk to him first, coz I was sure he is a Japanese.

then Yes...He is Japanese!!! He is also a backpacker and travel around in Europe too  but different parts in Europe than me!!! thats cool!! ^^ My bed in the train

Next morning I got to Dresden!! I didnt have enough time to go sightseeing.   also it was rainy so... I really wanna go out next time^^ Finally I arrived in Prague!!
I met a friend who lives in Czech and guides me there.  really helpful !! After We had a lunch we were walking on the streets. but started raining  :/
and very very windy there!! like typhoon!!!! anyway! stopped raining in 30min yay 🙂
and went on the hill I think I am so luck with the weather 🙂
thats so beautiful view in Prague again!
it was so windy tho but still beautiful city i guess.

The thing I felt in Czech republic first is something different with German...  I can not describe  that feeling. maybe smell???   hahahaha  i don know...

then went to Olomouc with my friend^^
and drinking with other friends yaay!!!
they are really friendlyyy!!! and nice people ^^
I felt like we had know each other for long time!!!
and went to Karaoke bar as well  lol took a bus again! and the Wifi is available to use on the bus!!!  so comfortable!!!

In Wien.
It was so busy because there was so little time... :S

We went to the top of the church in a hurry!!!  haha I never recommend to do that..  lol  almost running haha Only we had a time to walk around the city in the evening. but the old buildings are lit up 😀    i could see coz of nigh time  hehe   Im lucky I guess!! Finally we had dinner near a station which my friend took a train to go back.  but its also memorial thing.
She is really helpful and I think I couldnt enjoy like that without the help.
and I will never forget the night in Olomouc!  it was so fun^^
/ then I moved to my train station to take a sleep train to go to Venezia!!!

haha this time
so many pics  hahaha

I arrived in Zurich first. The biggest thing i really surprised is the prices! Foods and drinks are ...

PREV
Köln
NEXT
Venezia and Milano 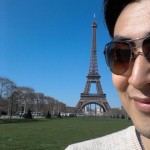